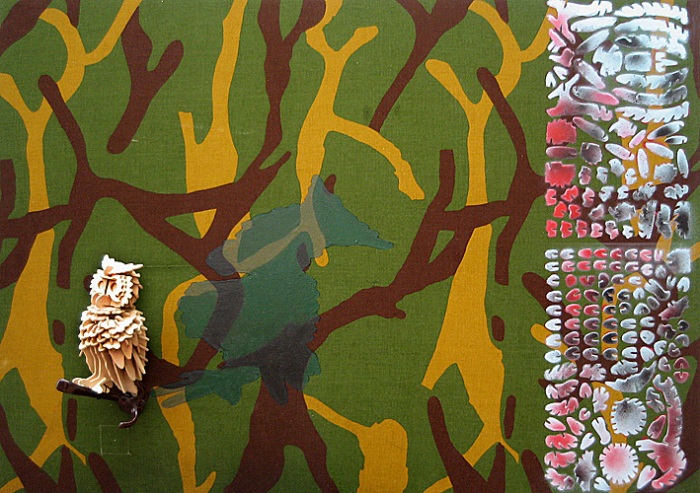 “Total confusion, every kind of styles, huge trivialities, cacophony of tones, immense vulgarity, prosaic gestures … stereotype off all kinds. In a nutshell, a total lack of unity, which is tiring to the eyes and results in a terrible headache” Paraphrasing what Charles Baudelaire wrote almost 150 years ago , this is Aleksandar Jestrovic (alias Jamesdin) characterizes his work. It is precisely in the ambiguity of subversiveness, in a synthesis of non-sense and sense, destruction and mystification, Jamesdin respond to vastness of contemporary references with a raw, consistently inconsistent, macho yet self-ironic antiaesthetics.

The artist is thrown into a world of innumerable dimensions, asked to comment upon the surrounding chaos, build some so called poetics, and choose between some so called artistic media, set up some so called discourse to charm the critics and creators of public opinion.

Aleksandar Jetrović followed the best tradition of the country he grew up in and decided to stay non aligned.